Dumbriton Lord of the Dance 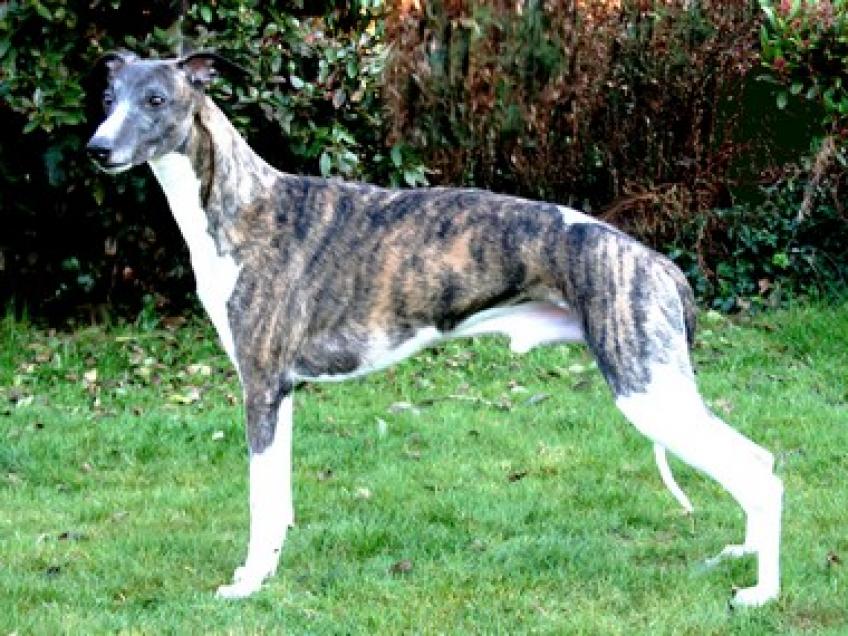 Mike is bred by Dany Gilmour, breeder of Staffords and Whippets.  I drow to England to pick him at at his home.  It was Gaetano Turrini who picked Mike out of the litter.  He settled well in his new home in Belgium.  He became the best friend of Timmy.  Mike has only been shown selectively.  His pedigree is of great value. His sire is Multi Ch. Rivarco Classic Jazz, World Winner  2002.  His sire is the famous Multi Ch. & Am Ch. Sporting Fields Jazz Fest. His dam's bloodlines belongs to the best of the United Kingdom.  Claudine Pfister (Jee Bee's whippets, France) used Mike in her breeding.  All his offspring became champions.  His most famous son is withoun no doubt Multi Ch Jee Bee's Bayard Warrior.  I am proud I used him as an older male in my own breeding program.  His son Song Sung Blue Orleans Jazztime is International and Lux Champion.

Pedigree of Dumbriton Lord of the Dance